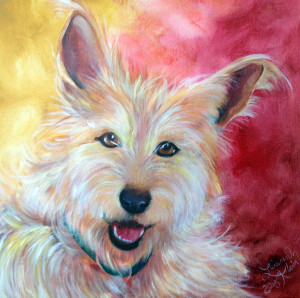 Since I was a child I can remember making up stories, and no, I’m not referring to lies.  My sister and I would create little plays, that we’d rehearse and then perform for my parents over a meal.  We’d serve pheasant under glass, which in our world was a chicken leg under a glass tumbler, then perform the humorous extravaganza that we had created.  It was our own private Dinner Theater.

When the turmoil of puberty arrived, poems seemed best suited to express my quest for the meaning of life and my existence.  With my teens, arrived music.  I learned to play the guitar and piano and, not long after, my poetry segued into lyrics, which soon became a passion for songwriting.

Although I played in several coffee houses in my late teens and early twenties, and yearned to be a rock star, I was never really comfortable on stage, performing in front of people.  I suffered from classic stage fright.

One thing I was certain of, even back then, was that I didn’t want to walk through life afraid, and thus controlled, by that fear.   If I was going to beat it, I’d have to face it.
So I changed my college major from music, to theater — to acting in particular.  I forced myself to perform on stage without the security of a guitar or piano or anything else to hide behind.  It was just me.

And as I worked through the fear, I soon discovered I got the most pleasure from doing the character work required BEFORE the performance aspect.  What made this character tick?  What were they fighting for?  Where had they been?  Where were they going?

Which led to another change in college major. Psychology.  After making the National Dean’s List, I earned my undergraduate degree from University of Texas at Dallas.

Although I considered additional education ultimately leading to a practice, and to a practical, secure way of life as a psychologist, my heart was in the arts.

So back to acting I went, moving to Los Angeles to pursue my life and career.  I studied with Michael Shurtleff at the Night Flight Theater in Burbank, got headshots, an agent and went on auditions. 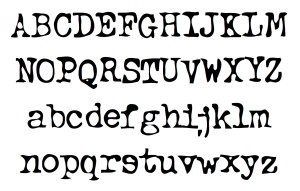 But the shoe didn’t quite fit, so to speak.  I was an adequate actress, not a great actress. And there was no control, not really, for an unknown performer – a difficult pill to swallow for someone who likes to take charge of their life.  But more than all this, I realized my heart was in creating characters and stories, not in performing them.

I began to write screenplays and paid the bills working as a waitress.  I had purposefully chosen a restaurant directly across the street from a major film studio, knowing most of their clientele were in the “business”.  Before long one my restaurant customers who had become a friend asked if I’d like to work as their assistant in the accounting department on a motion picture.  I said yes and filed away my waitress uniform permanently.

Working freelance, I was able to make enough money to support myself and my writing habit.  I rose through the ranks from Assistant Accountant, to Accountant, to Production Manager, to Line Producer, then Producer.  All the while, writing screenplays in my spare time. 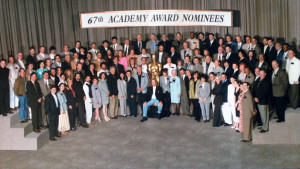 I was pleasantly surprised when I was informed I had been nominated for an Academy Award for Producing Jobeth Williams directorial debut, “On Hope”.  Not long before, I had received two Cable Ace nominations for my work on a Showtime series entitled “Directed By…” in which I produced Kathleen Turner and Treat Williams’ directorial debuts.

But truth be told, more exciting than all the nominations, was the day I was told a screenplay I’d co-written, “Another Round”, was being produced to run for a number of years on Showtime.  A dream come true. 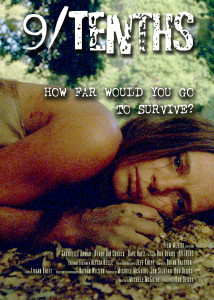 In the aftermath of the September 11th tragedy, with the financial repercussions that followed, unemployment in the film industry ran rampant, effecting almost everyone, myself included. Thankfully, my husband developed a micro-budget film company and found financiers and business partners.  I would act as a Partner, Producer and Writer.

A script I’d written entitled “9/Tenths” was our maiden production.  When it was complete “9/Tenths” was awarded “Best Screenplay” by the Baltimore Women’s Film Festival, among other awards.  In addition, it was singled out for its cultural significance with the honor of being included as part of the permanent collection of the Library of Congress.

In 2005, as the financial aftershocks of 9/11 continued, and work remained scarce, my love for animals, working dogs in particular, segued into a new career training stock dogs and their handlers.  Before long I created my own stock-dog training facility, was competing on a national level and training hundreds of dogs and handlers.  Every year dogs that I had trained, both for myself and for others, qualified for the USBCHA National Finals, quite an accomplishment.

Owning and operating Paws 4 Ewe was more than a full time job, 80-90 hour work weeks were the norm.  Writing ceased until 2014 when Xelie, my beloved Picardy Shepherd, was diagnosed with terminal lymphoma. 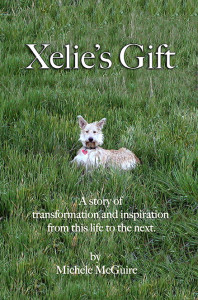 Our time together the last weeks of her life and following her death were more than incredible, they were inspirational. For fear I would forget, I began to write down all the amazing events that had occurred.  The more I wrote, the more I began to examine my life and my priorities.  My life was being transformed right before my eyes.

I was reunited with my grand passion for writing.  I had almost forgotten, but Xelie made sure I remembered.

In December 2014 “Xelie’s Gift” was published.  By May 2015, less than six short months later, the book had placed as a Finalist in three separate book award competitions:

Xelie’s Gift has been a just that, a “gift” on so many levels.  It has returned my life to balance, and creative self expressions through the written word.  And now there’s so much more say… 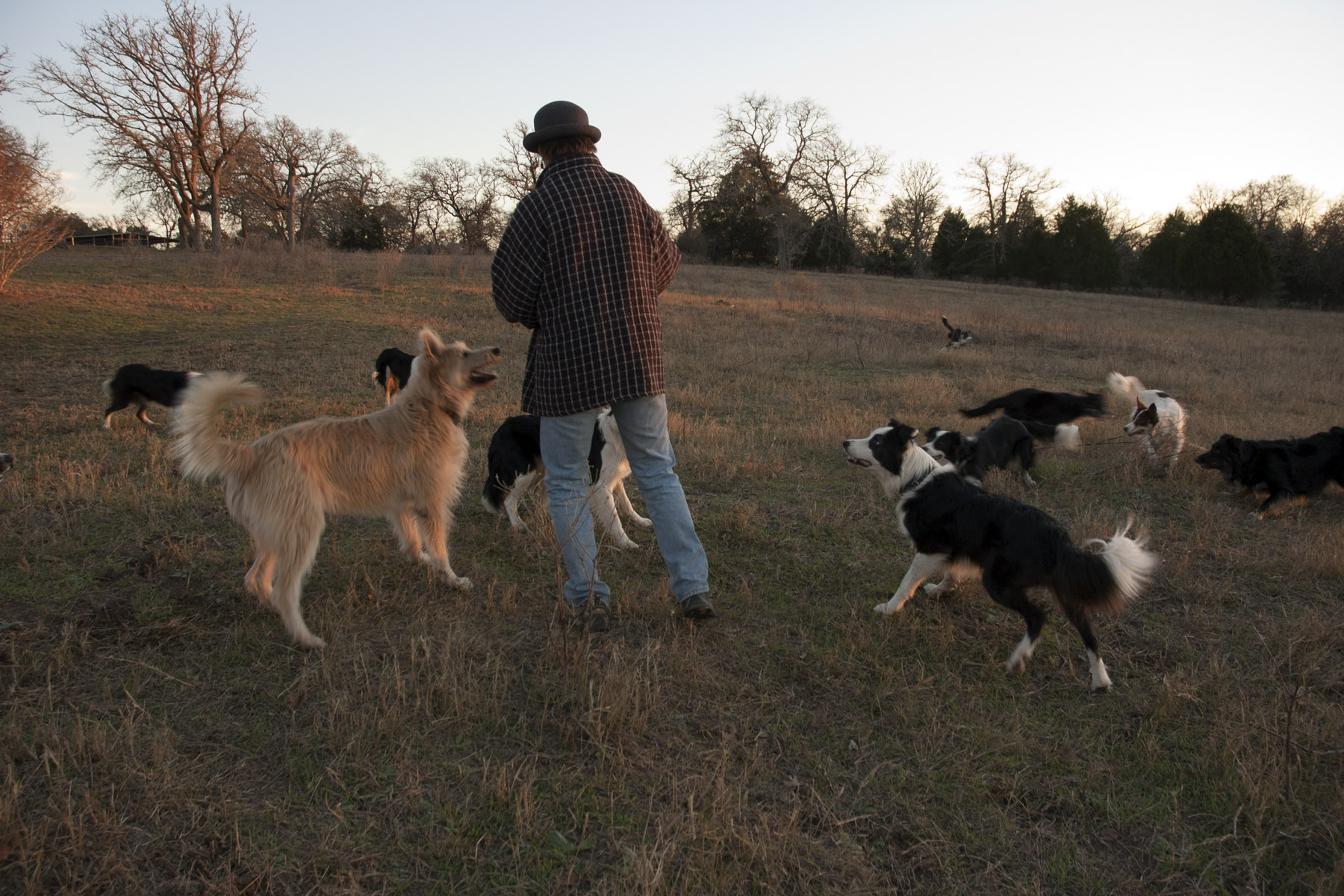 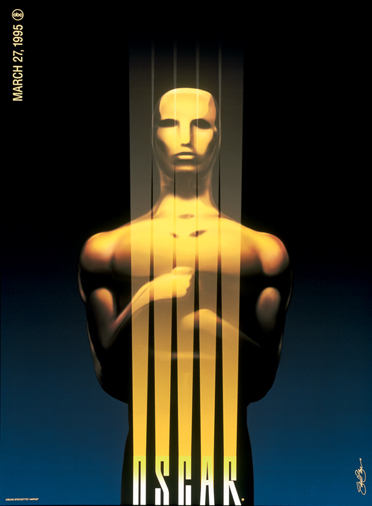